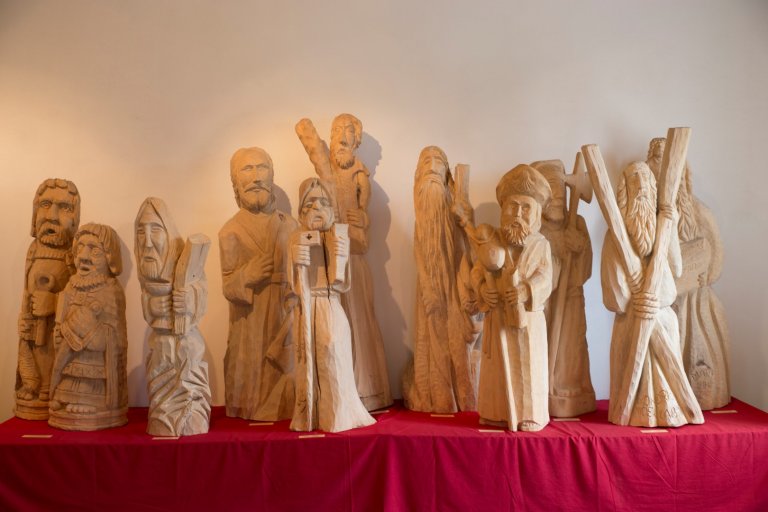 The Folk Woodcarving Gallery is situated in Babín, a place where one of the greatest Slovakian folk sculptors Štefan Siváň comes from. It has been open since 2006 and it is located in the old school building. It includes more than 100 wooden works depicting rural life, shepherds’ work, field work and sacral motifs. They were made by more than 30 sculptors in the Orava, Liptov, Považie, Kysúce and Šariš Regions, as well as in Poland during plein-air sculpting. Most of the sculptures are really monumental ones being over 2,5 meters high.

Every year in the second week of August there is a five-day plein-air sculpting organised in memory of Štefan Siváň and his son. The artists from Slovakia an Poland participate in this event and their works can be later seen in the gallery, outdoors and in the Rural Commune building. The authorities started making efforts to establish a modern gallery in which all the works collected could be exhibited in a professional way.

During the trip to Babín Štefan Siváň’s house is really worth visiting. There are still some works of his and his son’s, who is a sculptor as well. The atmosphere of this place, which was damaged by the fire, is really unique. If you want to visit the artist’s house you should arrange with the owner it prior to your arrival.