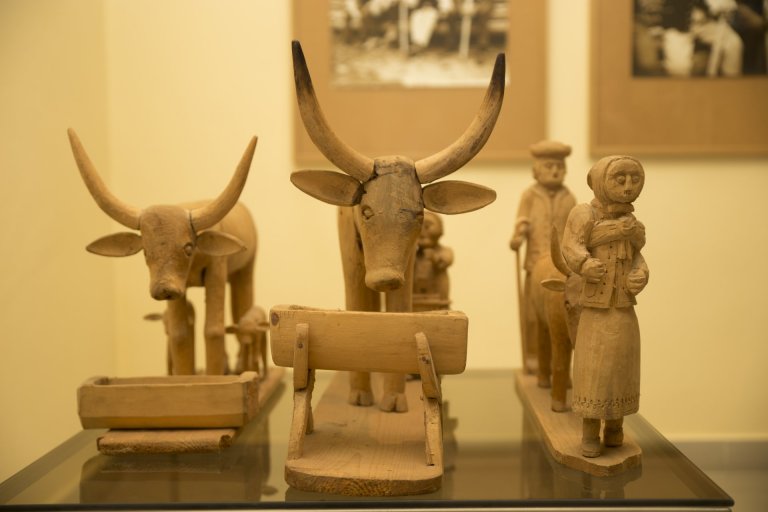 The Orava Gallery, which is a regional gallery for Žilina region, was founded in 1965 and is located in the town of Dolný Kubín in the 17th-century County House, which is its administrative and exhibition centre. The Orava Gallery with more than 8500 pieces of works of art in eight areas of visual art is one of the most important public galleries in Slovakia.

In addition to the County House in Dolný Kubín, the Gallery also holds permanent expositions of traditional folk art in the Slanický Island of Art on the Orava Dam and in Mária Medvecká Gallery in the town of Tvrdošín.

In 2010 the ninth permanent exhibition on the work of one of the most outstanding Slovakian folk woodcarver – Štefan Siváň was opened, who spent his whole life in the Upper Orava town of Babín. The exhibition prepared by Eva L’uptáková presents his rich and highly valued works of art. It is just a selection from the collection of the Orava Gallery, but it is representative as far as variety of themes and artistic expressions are concerned. The photographs of Stanislav Bodorík complement the exhibition.